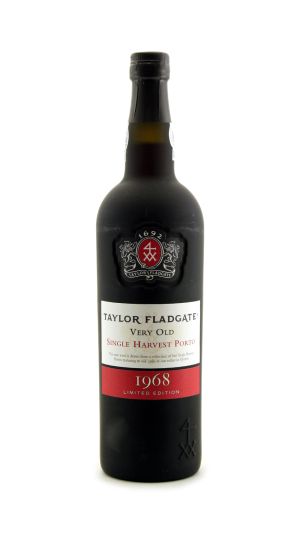 Gorgeous from the get-go, with toasted sesame, green tea, walnut husk, pistachio cream and peanut toffee notes seamlessly layered atop one another, framed by a subtle singed alder hint. Everything glides with grace through the finish like a gently wafting plume of smoke off burning incense. Drink now. 750 cases made, 220 cases imported. — JM

Wine Spectator | 98 WS(Taylor Fladgate Single Harvest Tawny (bottled 2017) Fortified/spirits) The 1968 Single Harvest Tawny, which was bottled in 2017, has a slightly pallid bouquet that just needs more presence: nutmeg, clove, marmalade and smoke, but I would have liked more intensity here. The palate is much better, finally the energy and ambition appears! Here we encounter Chinese 5-spice, dried orange peel, cloves, curry powder and star anise. There is real flourish on the finish, a Tawny that starts slow but ends on a real high. This comes highly recommended. Tasted at the "Big Fortified Tasting" in London. (Drink between 2018-2030)