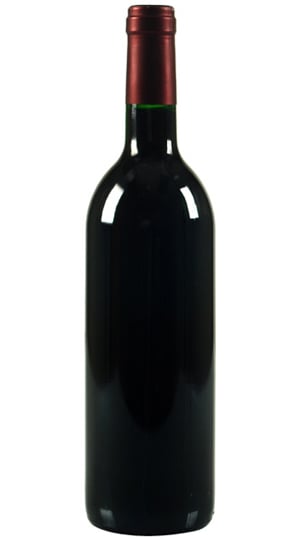 (Krug Collection Brut) The 1989 Krug Collection is absolutely brilliant Champagne and one of the best bottles of wine I have had the pleasure to taste this year. The totally à point nose soars from the glass in a regal blend of baked apple, buttered almonds, a touch of crème patissière, a beautiful base of minerality, brioche and a gentle topnote of smokiness. On the palate the wine is deep, pure and magical on the attack, with a great core of fruit, flawless focus and balance, refined mousse, brilliant complexity and a very, very long, crisp and vibrant finish. This wine is fully mature aromatically and flavor-wise, but still retains the structural bounce and grip of a relatively young Champagne and still has decades and decades of profound drinking ahead of it. A great, great wine at its magical summit. (Drink between 2013-2040)

John Gilman | 96 JGKrug’s 1989 Brut Krug Collection represents their most recent in a long-running series of late-releases that feature a vintage they have decided is especially expressive after entering what they refer to as its “second life.” In theory, if you have ideal cellar conditions and bought Krug’s initial disgorgement of the 1989 vintage when it came on the market around a decade ago, then you have essentially the same wine today, though I have never been lucky enough to make the relevant direct comparison. Given the relative infrequency with which a vintage is “declared” by Krug, their “Collection” bottlings represent the remnants of an already elite band. But this 1989 represents the first re-release from the only series of three consecutive vintage bottlings – 1988-1990 – in Krug’s history. The mingling of saline, nutty, and caramelized notes in the nose – adumbrating this wine’s entire performance – is gorgeous. Butter-toasted hazelnuts, dried wild mushrooms, kelp, and cocoa mingle in a silken, mouthwateringly saline and savory matrix reminiscent of oyster liquor laced with fresh lemon juice (because, there is still a youthfully citric store of energy here). This finishes with correspondingly pronounced umami and with tangy vibrancy of citrus and salt. After a day open, the nutty elements become more piquant and walnut-like, but the smoky hints of oxidation remain balanced by citric and mineral elements and positively integrated into a mysteriously diverse show. The palate becomes plusher (perhaps in part due to diminishing mousse) and creamy in an almost whipped-cream fashion, yet the long finish continues to offer uncanny refreshment. Certainly this can be safely held for at least a few more years and perhaps in an ideal cellar will “plateau” (or continue to).

Krug – part of the Louis-Vuitton-Moet-Hennessy luxury goods empire since 1999 – continues to release wines fully worthy of their house’s exalted reputation that reflect inter alia the effects of micro-vinification in barrel and an (in the best sense) laissez-faire and leisurely attitude toward elevage and bottle-aging. (Although – for what little this may be worth – count me among those who find the metalicized labels that now adorn their bottles glitzy, and as such slightly incongruous with their contents). Director Olivier Krug represents his family’s sixth generation, assisted by veteran cellarmaster Eric Lebel and oenologist Julie Cavil. Most Champagne lovers will realize that each bottle from Krug nowadays comes with an identification number enabling the consumer to research its approximate disgorgement date – and sometimes other details specific to the bottle in question – via the house’s web site; but in keeping with the convention established for my reports, I have only referenced this number for the purpose of disambiguating non-vintage cuvees.

Wine Spectator | 96 WSThe 1989 Krug Collection is a wine with an uneven track record. This bottle is one of the finer examples I have had. Fully mature flavors of hazelnut, tobacco, smoke, licorice and dried fruits all make an appearance, while some of the more mushroomy elements found in some bottles are, thankfully, missing. At its best, the 1989 is a delicious Champagne, but it is not built for too much more aging from here on out.