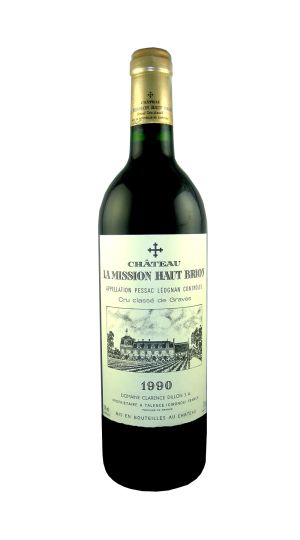 99
RP
Be the first to review this product
As low as $965.00
Only %1 left
Product ID
1990-la-mission-haut-brion
Add to Wish List Add to Compare
Details

Reminiscing over the 1989 and 1990 vintages, which I have followed from birth, there always seemed to be a dramatic difference in quality. Not that the 1990 was not a top wine, but in its infancy, I never thought it would come close to being as riveting and magnetic as its older sibling, the 1989. However, it has proven to be nearly as prodigious. One of the hottest years in Bordeaux, 1990, a vintage of enormous yields, even dwarfing yields in 1985 and 1982, produced a fabulously open-knit, seemingly fast track La Mission that, at age 22, shows no signs of fading or losing its grip. The color is slightly more mature and evolved than the 1989’s, exhibiting a lighter rim and a less dark blue/ruby/purple hue. Classic La Mission-Haut-Brion aromatics of camphor, licorice, scorched earth, hot bricks, barbecue, cassis, blueberry and kirsch are well displayed. Broad, expansive, velvety-textured and opulent with high glycerin and perhaps slightly higher alcohol (I don’t have the statistics to verify that), the 1990 is as delicious and open-knit as the 1989, with less density and possibly less potential longevity. Most 1990s have been quick to reach full maturity, and as brilliant as they can be, they need to be monitored carefully by owners. Currently in late adolescence, but close to full maturity, the 1990 should hold in a cold cellar for another 15-20 years. However, it is a fabulous wine to inspect, taste and consume, so why wait?

Robert Parker | 99 RP(Château La Mission Haut-Brion (served from magnum)) The 1990 La Mission is a very top example of this vintage, and out of magnum it is just beginning to blossom. The deep, complex and classy nose offers up a very ripe blend of cassis, spit-roasted game, saddle leather, cigar ash, dark soil tones and a smoky topnote. On the palate the wine is deep, full-bodied and complex, with just a touch of La Mission’s youthful medicinal tones still in evidence. The wine is rock solid at the core, modestly tannic and beautifully balanced, with outstanding focus, length and grip. The 1990 vintage in general has not aged anywhere as well as I had initially anticipated, but this is one 1990 that does not disappoint. (Drink between 2012-2065)

Wine Spectator | 93 WSVery good medium color. Subtle, rich, stony aromas of roasted nuts and superripe plums. Velvety and suave on the palate, with an enticing sweetness. There's plenty of density here, as well as strong backbone. Powerful, very long finish. Though quite youthful, this should be accessible relatively early for La Mission.