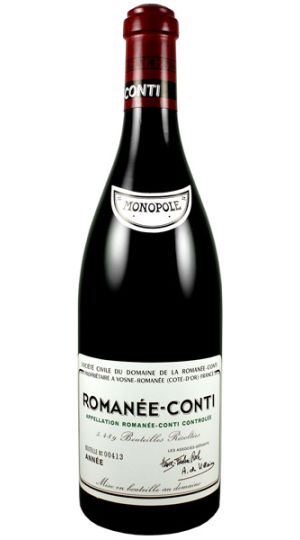 (Domaine de la Romanée-Conti Romanée-Conti Grand Cru Red) I have always loved the '91 vintage in the Côte de Nuits and the DRC '91s are nothing short of brilliant, indeed they are fully competitive with the Domaine's '90s, a high compliment no matter how you slice it. An extremely pure and intensely floral nose that is just now beginning to offer up subtle notes of dried rose petal that occurs in RC at 10 to 15 years of age. The overall demeanor is decidedly understated at this point, indeed the impression is one of extreme youthfulness as the big if not robust flavors remain intense, powerful and mouth coating with an underlying vibrancy and transparency that is wonderful to behold. It's almost hard to believe that at 16 years of age the '91 has barely even budged and the finish remains linear, cool and refined. A superbly classy rendition and a wine of breathtaking beauty as well as one that will easily see its 50th birthday and personally, I wouldn't touch a bottle for another 10 years. Brilliant. (Drink starting 2016)

Burghound | 97 BH(Domaine De La Romanée-conti Romanée-conti Grand Cru Red) The 1991 Romanée-Conti Grand Cru, picked on October 4 at 21hl/ha, shows some ageing on the brick rim and juxtaposed against the 1996 it is paler in colour. However, the bouquet has exquisite transparency and precision, heavenly scents of strawberry pastille, rose petals, oyster shells and just a soupçon of something a little feral and animal. The palate is elegant and exquisitely defined, certainly one of the most effortless Romanée-Conti wines of the decade with an Oriental element on the finish. Interestingly the 1991 soars in the glass and eventually overtakes the most obvious 1990 (which is probably the only time that I will be able to write that sentence.) Tasted at the Romanée-Conti dinner at the Connaught Hotel. (Drink between 2019-2050)