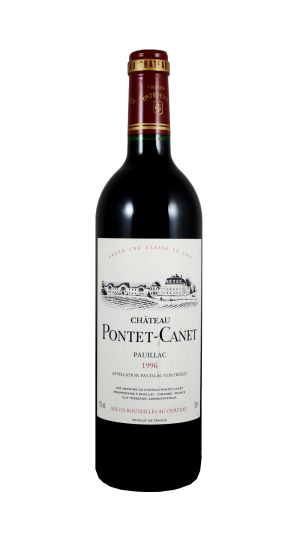 The second bottle, from an estate I know like the back of my hand, was the 1996 Pontet Canet. One or two people had suggested that this might be past its best; after all, it predates the innovations and application of biodynamics overseen by Alfred Tesseron by several years. On the contrary, it has aged beautifully. Cedar, scorched earth and mint blossomed on a nose that is firmly into its secondary phase, yet laden with more fruit than expected considering both its age and the austere style of Left Bank 1996s. The palate might be nearing the end of its drinking plateau, so don’t hold back if you own a few bottles. But I admired its balance and density, its structure and classicism, and the typical Pauillac traits of cedar and a touch of mint toward the finish. I savored it down to the last drop.

Vinous Media | 93 VMI was shocked by how backward the 1996 Pontet-Canet was on the three occasions I tasted it in January. This wine possesses superb potential, but it appears a decade's worth of patience will be necessary. The color is a saturated dark purple. With coaxing, the wine offers aromas of black currant jam intertwined with minerals, sweet oak, and spice. A full-bodied wine, it possesses layered, concentrated, sweet fruit, with an elevated level of ripe tannin. Anticipated maturity: 2010-2035.