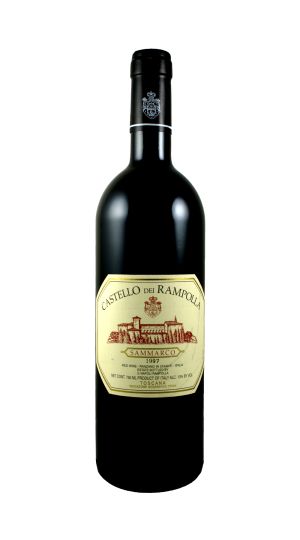 97
JS
Be the first to review this product
As low as $150.00
Only %1 left
Product ID
1997-castello-rampolla-sammarco
Add to Wish List Add to Compare

What a bottle. Off the charts! Full and velvety with spice and berry character and dark chocolate. Bright citrus acidity underneath. Intense. Wild fruit.

James Suckling | 97 JSRich aromas of blackberry and raspberry jam, with hints of licorice. Full-bodied, with soft, round tannins and a clean, fresh finish. Balanced and refined. Perfect now, but will improve.--1997 Italian blind retrospective. Drink now through 2014. 3,500 cases made.

Wine Spectator | 95 WSThe 1997 Sammarco is starting to show the early signs of oxidation in its bouquet, which suggests it is best enjoyed sooner rather than later. There is plenty of depth, but probably also limited potential from here on out. Like the 1998, the 1997 is giving all it has right now, and will continue to hold based on its huge core of fruit, but I wouldn't push my luck too far.