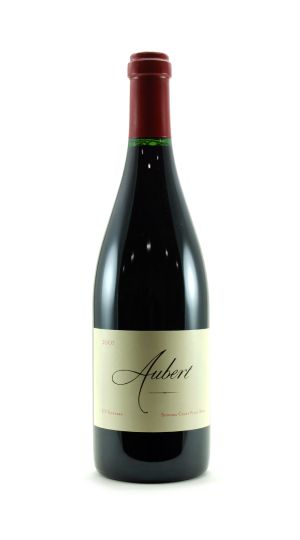 Spicy baked cherry pie, plum and wild berry aromas turn elegant and refined. Full-bodied, but not weighty, allowing the rich flavors to dance on the palate. Ends with a long, lingering finish. Drink now through 2015.

In only a handful of years, Mark Aubert, who received impeccable training at Peter Michael winery, working under Helen Turley, as well as at Colgin and Bryant Family Vineyards, has produced mind-boggling wines under his own label. With the addition of the Hyde Vineyard cuvee, he now produces four Chardonnays as well as two Pinot Noirs. Additional selections should begin to emerge as Aubert is moving away from any consulting business to concentrate on his own winery. His 2008s are candidates for the wines of the vintage, no doubt because of the extraordinarily low yields (his smallest crop to date). This has given the wines an extra level of concentration, which is saying something given the levels of richness achieved in previous vintages. The 2007 Chardonnays confirm the greatness I predicted for them from barrel in 2008. While this was a small crop for Aubert, it was not nearly as tiny as 2008. Aubert prefers to work with the Calera clone of Pinot Noir, although his two vineyards include both the Calera and a suitcase clone from one of Burgundy’s most famous Vosne-Romanee vineyards.

Robert Parker | 95+ RPGood deep red. Aromas of black cherry, black tea and a spicy hint of chocolate. Tactile and dense but with a light touch considering its 15.8% alcohol, showing lovely lift to its dark berry, spice and saline soil tones. There's a brooding quality to this pinot's dark fruit flavors, but its pliant texture and early sweetness and personality should give it more immediate appeal than the Rueling bottling. Finishes with ripe tannins, a slight suggestion of warmth and sneaky length.