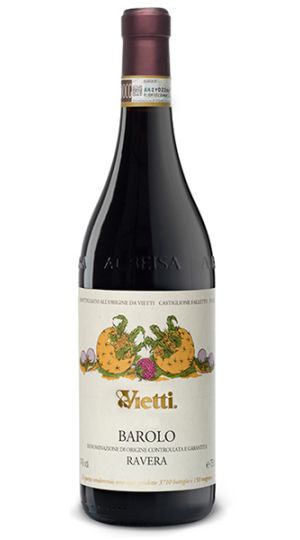 The 2010 Barolo Ravera is one of the greatest wines I have ever tasted from Vietti. Stunning. It's as simple as that Freshly cut flowers, mint, spices, crushed rocks and pine jump from the glass in a vivid, crystalline wine endowed with captivating purity, clarity and finesse. The 2010 takes hold of the palate and never lets up, gaining body, breadth and volume over time. A breathtaking, perfumed finish rounds out the finish. The Ravera represents a bit of a stylistic departure for Vietti and a return to a more traditional style of winemaking. The 2010 was done entirely in cask, with minimal racking. In its early years, it was virtually impossible to taste as the reductive winemaking style gave a wine with closed aromatics and searing tannin. Today, the 2010 is beginning to blossom into an epic Barolo. The 2010 Ravera may well be the single greatest Barolo Luca Currado has ever made. It is also a wine that, along with the Barolos of Elvio Cogno, show just how much potential the hills of Ravera have to offer. Readers who can find the 2010 Ravera should not hesitate. It is a legendary, benchmark Barolo in the making. As an aside, a bottle of the 1999 I tasted last year was extraordinary, and it was made in the slightly more modern style that was typical at Vietti during that era.

Antonio Galloni | 100 AGA stunning and vibrant Barolo, the 2010 Barolo Ravera meets the high expectations of the 2010 vintage thanks to its fluid evolution and evident complexity. Ravera delivers a level of smoothness and suppleness that shows the enormous versatility of Nebbiolo. This vineyard cru in particular is known for its direct and genuine expression of the grape. Floral aromas of rose and violet segue to enduring tones of truffle, cherry and mint. This is a stellar wine with great aging potential. Drink: 2018-2035.

Wine Enthusiast | 95 WEGraphite and iron aromas give way to cherry, raspberry, leather and black tea notes in this powerful yet stylish red. Intensely fruity, with a complex structure and beautifully melded tannins. The mineral note echoes on the finish. Best from 2018 through 2036. 300 cases made, 100 cases imported.