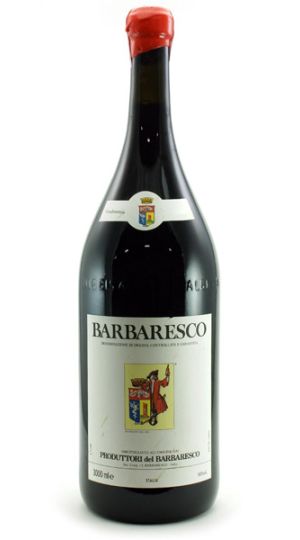 I tasted this wine after bottling but before its commercial release. The 2015 Barbaresco will hit the market on September 1st. It was scheduled to be released in October, but because Produttori del Barbaresco is already out of stock of the 2014 Barbaresco, they decided to move this release up and shorten waiting times. I mention that because you definitely don't want to pop the cork too early. The 2015 vintage opens to a visibly darker color and thicker concentration compared to recent past vintages. Next to the upcoming 2016 and 2017 editions, we can expect 2015 to be the most fruit-forward of the three. You get dark tones of plum and blackberry with dry tannins at the rear.

Robert Parker Wine Advocate | 93 RPCharming aromas of cherry, strawberry and rose are inviting in this red, with flavors to match, showing ripeness and focus. Earth and mineral elements chime in as this firms up, but the harmony is there and this should really sing in about five years. Best from 2022 through 2040. 23,333 cases made, 1,500 cases imported.

Wine Spectator | 93 WSThe 2015 Barbaresco, bottled in March 2018, is surprisingly potent. Then again, the 2015 is the product of a warm year often characterized by wines with rich fruit and equally big, sometimes coarse, tannins. Succulent red cherry, mint, white pepper and crushed flowers all show the finessed side of Nebbiolo. A hint of new oak needs time to fully integrate, but that should not be an issue in time.