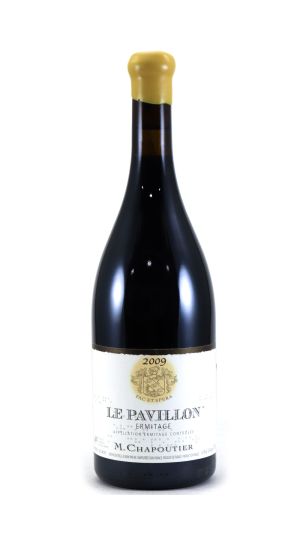 100
RP
Be the first to review this product
As low as $375.00
Only %1 left
Product ID
2009-chapoutier-hermitage-le-pavillon
Add to Wish List Add to Compare
Details

As I have written many times, all of these wines are produced from rigidly cultivated, bio-dynamically managed vineyards. That has been the rule since Michel Chapoutier first took over this firm in the late 1980s. Now, with over 20 years of biodynamic viticulture under his belt, Chapoutier remains committed to this rather radical style of organic farming. He believes the effect is to reduce rot in damp, rainy vintages. Moreover, he has observed that after 10 to 15 years of biodynamic farming, the natural acids tend to be more vivid and the overall pH of the soils (as well as the wines) has dropped. Controversial, outspoken and brutally candid, Chapoutier, who suffers no fools, continues to admirably produce wines that are among the finest in the world and potentially the longest lived. Refusing to acidify, chaptalize, or touch the wines in any way, he clearly wants every wine to capture the very essence of its terroir and vintage personality. In this, he succeeds remarkably. No one has made more effort in resurrecting the once-forgotten backwater appellation of St.-Peray than Michel Chapoutier. Working in conjunction with the famed Michelin three-star restaurant family, the Pics, Chapoutier has produced a sensational 2010 Gamme Pic and Chapoutier St.-Peray, and the first single-vineyard St.-Peray, the 2010 Lieu-Dit Peyrolles St.-Peray, which is one of the greatest St.-Perays I have ever tasted. This appellation is all steep hillside vineyards planted in pure, decomposed granite soils, not dissimilar from Hermitage, but they are located on the other side of the Rhône, facing the city of Valence. The single-vineyard wines, or selections parcellaires, 2010 whites are absolutely amazing, with production levels ranging from 300 to 700 or 800 cases of each cuvee. These wines are for true connoisseurs, as they are expensive and meant for long, long evolutions, but they capture the essence of a vintage and terroir as well as any wines in the world. As for the selections parcellaires of 2010 reds, Chapoutier likes this vintage almost as much as 2009, but feels it is very different, emphasizing more acidity and minerality, whereas 2009 is a combination of pure power, concentration and great potential longevity. Michel Chapoutier considers the 2009s, which are all in bottle, to be among the greatest wines he has ever produced, equaling his finest wines of 2006, 2003, 1999, 1990 and 1989 (his debut year).

Robert Parker | 100 RPComing all from the granite soils of the Les Bessards lieu-dit and the most massive and rich of the lineup, the 2009 M. Chapoutier Ermitage Le Pavillon, aged for 20 months in 50% new French oak, delivers a decadent, yet vivacious and riveting bouquet of creamy raspberries, crème de cassis, crushed flowers, charcoal, and grilled meats. Incredibly rich and full on the nose, the palate follows suit and possesses a full-bodied, thick texture, thrilling levels of concentration, and gorgeous underlying acidity and minerality that keeps this lively and fresh. Absolutely blockbuster stuff and this brilliantly pure, impeccably balanced Hermitage needs 10-12 years of bottle age, and will evolve gracefully for longer than I’d care to estimate.

Jeb Dunnuck | 98+ JDThis has a very alluring ganache edge, which melds nicely into the core of crushed plum, blackberry and currant notes. Lots of anise and briar emerge on the back end, along with ample toasted spice and incense. The very long finish has riveting acidity, while the fruit and ganache notes echo on and on. Dense but precise. Best from 2015 through 2035. 1,093 cases made

Wine Spectator | 97 WSOpaque purple. Red and dark berry preserves and candied flowers on the seductively perfumed nose. Juicy, deeply pitched black raspberry and blueberry flavors are complemented by notes of violet, rose and licorice. Offers an uncanny blend of richness and vivacity, with a seamless texture and no excess fat. Closes on a peppery note, with persistent florality. I find this highly seductive wine surprisingly open right now.